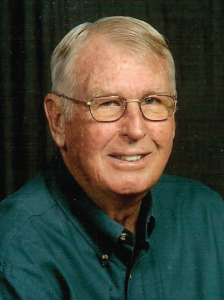 Coach Bud Marsee ’52, age 86 of Auburn passed away on February 5, 2015, at Arbor Springs Health and Rehab after a lengthy illness.

Coach Bud was born in Mishawaka, Indiana, on August 28, 1928, to Ruth Wheeler and Dwight L. Marsee. During his school years in Mishawaka, he played basketball, golf, and baseball, and graduated from Mishawaka High School in 1946. Following graduation he went to Purdue University where he lettered in basketball and golf. Due to an automobile accident en route to the NCAA golf championship at Stanford University in 1948, he sustained a spinal injury, was paralyzed, and was out of school a year and a half rehabbing himself back home. He transferred to Florida State University where he could continue his athletic endeavors. He graduated from FSU in 1952. After graduation he worked at The Florida School for Boys in Marianna, teaching and coaching. He married Barbara Ann Fryer on January 31, 1953.

From 1953 to 1970 he taught, coached, and was the athletic director at South Broward High School, Hollywood, Florida. Auburn All-American Tucker Frederickson played on his high school basketball team. From 1970 till 1984 he coached golf and taught at Broward Community College, where his teams won two national junior college championships. In 1984 he re-started the women’s golf program at Auburn University and won the SEC Championship in 1989. He became man’s golf assistant coach in 1992 and retired in 1997. Because he had taught drafting/lettering at the high school level, quality golf tournament scoreboards had become a priority with him in the 1970s. After retirement, he and Barbara continued traveling and doing college and high school golf tournament scoreboards together.

He had a bachelor of science degree in education from FSU and a master of education from Indiana University, where both his parents had graduated in 1924.