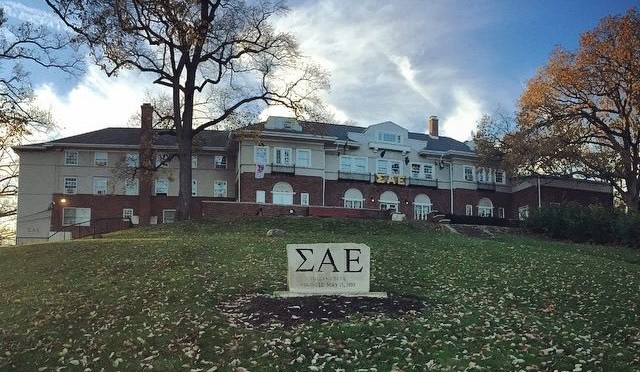 “Indiana Beta was established May 18, 1893. For some time previous, a movement had been on foot to secure a chapter of Sigma Alpha Epsilon in Purdue. Harold Ulmer Wallace, of the class of ’94, opened communication with C.D. Hazelton, of Indiana Alpha, in regard to the project, and, as a result, Beta was ushered into existence. On the night of May 18, Messrs, Hazelton, Hill and Davis, of Alpha, initiated three of the men of Purdue University into the mysteries of Greek fraternity life. These were H.N. Wallace, Burt German and Harry B. Rust. For a short while the chapter was ‘sub rosa,’ but in the afternoon of June 1st, permission was received from the faculty to ‘go abroad.’ The news was hailed with delight, but, before making it public that a new fraternity had been organized, it was deemed advisable to muster re-enforcements. That same night three more men were ushered into Sigma—Messrs, Jeffries, Crane and Kipp. The college community was surprised on the following morning to see six staunch Sigs flaunting the ‘royal purple and old gold.’ Here were Sigma Alpha Epsilon pins, colors, letter-heads—all as if having come by miracle.

Purdue is an institution well adapted for fraternity life. Beta was initiated too near the close of the term to take a very active part in college matters. Her beginning is auspicious, and her men are the kind that make things move. They will be back to the University in full force at the opening of the coming session, and will ably represent Sigma Alpha Epsilon’s interests in this institution. 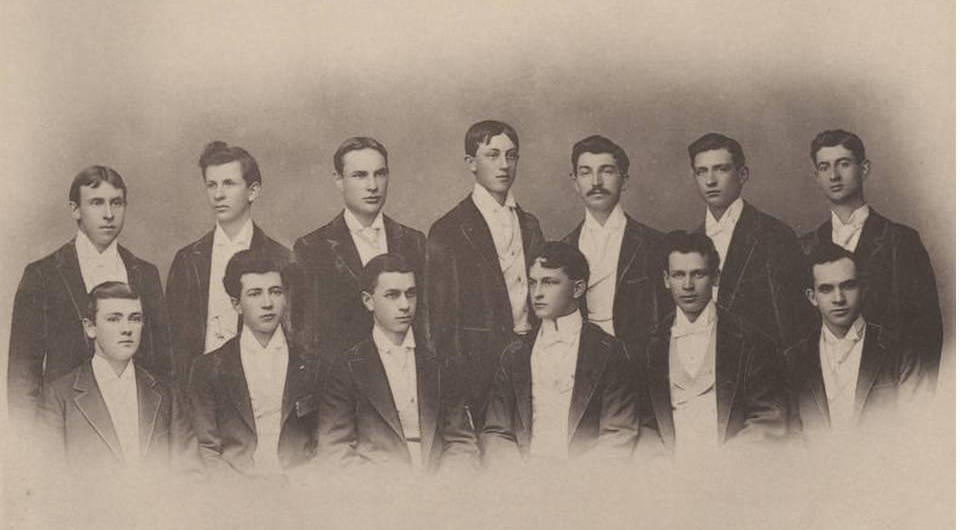 Members of Indiana Beta from the 1890s